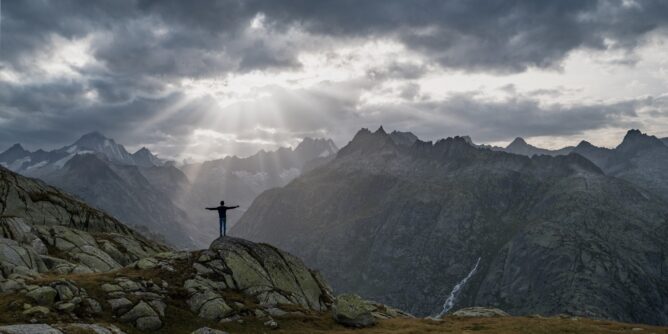 We hear people throughout the religious world use the language of “blessings” when something difficult in their lives is resolved in a wonderful and what seems to them somewhat mysterious way. For some who are attuned to trying to experience the heartbeat of the cosmos, we will hear about all of life as a blessing, the very large and very small, all the good and all the bad, light and dark, life and death, things unexpected, desired, dreaded, or confusing. For others who think of God in quite personal terms, as a being that somehow pays really close attention to them and all other individuals on the planet, they sense that blessings are a result of actions they have taken, thinking of them being doled out by this personal God according to some formula that they don’t fully understand but are sure it is in play.

A common refrain from some is that it was God, following their prayer of desperation, who helped them “find their keys,” healed their loved one, or perhaps led them safely home through a terrible storm. They will testify to this in a spirit of gratitude, certain that God was definitely the primary actor in such things. However, for many who hear their testimony of God’s particular care, such expressions that seem to move beyond “this happened” to why they were particularly gifted with this result bring up many questions: Why didn’t my loved one recover from their illness, be warned of an impending accident so they might not have been so badly injured, or worse, from what happened on the highway. Some become fraught with questions and frustration: So God cared about their keys being found just in time to make it to the important meeting—or the temple session they wanted to attend—yet doesn’t care enough to rescue others who are imprisoned in sexual slavery, who are murdered or raped or abused, who lose their livelihood from circumstances far beyond their own control? It all can make one stop believing in a God at all and, sometimes, at least for a while, imagining life is meaningless and everything that comes up in life is purely random.

In this episode of Latter-day Faith, Susan Hinckley, along with host Dan Wotherspoon, explore the idea of blessings and the various ways people think and speak about them. In an effort to “seed” reflection, they explore notions and orientations to blessings like those things mentioned above, as well as reveal their own struggles with the evolution of their ideas about blessings in their own journeys. Are they something that are sort of “earned” by righteousness, or is there a more mysterious sort of calculus in play, such as that suggested by Elder Dale G. Renlund in a recent General Conference address when he proposed: “[Y]ou do not earn a blessing—that notion is false—but you do have to qualify for it.”? Or is a better way of approaching life’s various movements in terms of “grace,” a term for that which is given freely to all things and persons simply through the energies that create and infuse all life? Is that best approach found in the idea of “original blessing,” a concept that allows for both God and creation’s own mysterious work drawn from the story of Creation in Genesis 1 in which God creates and at each step of separation and differentiation declares it “good,” and, ultimately, after the creation of humans, pronounces the result “very good.”

Please enjoy this discussion! May it stimulate wonderful reflection on this “close to home” topic!